Idk why, but I’ve always wanted to be on this thing 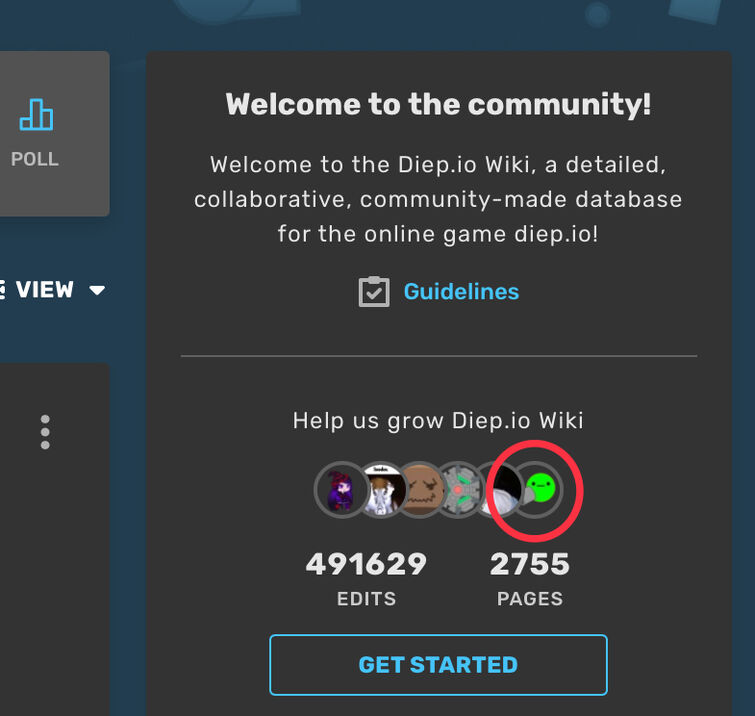 Predator is part of the sniper class,so it has increased FoV and has excellent bullet speed and Penetration

Hybrid is a good tank,but in tag one day, I got killed by the one-hit kill from another player,so I copied his build.

Swarmer,this tank is good because if using a good build,a direct hit from the projectile launched will deal a lot of damage,and the projectile or snakes go to the nearest target dealing tons of damage to an enemy

This tank is so UNDERRATED,because it excellent for making camps.The traps it makes have more health,and Penetration. And the Auto turret has good FoV and can ship a few players, it has a great offense-defense balance.

Manager is slightly better than Overlord for a couple of reasons.The ability to turn invisible is great because one it isn't as frequently as targeted by crashers and elite bosses.With that it can deal some heavy damage to the boss.

Overlord,the only reason why it is slightly better than the Manager is because its faster drone speed and movement speed and respawn rate.

Crossbow is a better version of the Spreadshot.One it is better range/FoV and the sniper cannon gives better speed.

Auto-5 is such a useless tank,One is has terrible accuracy and terrible movement speed as well as Bullet Penetration.

Bruh,why is thank in the game!This tank can easily be defeated by a manager or a drone user or engineers.

Auto-Smasher concept is excellent,but the real deal is flawed.One,most smashers have good body damage and max health as well the Smasher itself.So you'll sacrifice Health ,Body damage and Engine Acceleration and as well as Movement speed for a auto-turret upgrade?Doesn't seem like a good bargain to me.FYI,I used Bushwacker,Auto-5 and this tank.

The Hewn Double is supposed to be a Double Twin version of a Booster,but like the Booster,its weak point is on the side so a Necromancer or a Barricade can defeat it or make it go severely damage the tank

Ambulance has a Triangle healer part of it,cool.However,you have to heal players by touching them,but it is dangerous in seige.One during boss raids/waves the ammunition from the bosses especially the Celestials can damage the tank itself.

Me going to a sleepover at Oca's when another thunderstorm begins:

The days when Anonymoususer12321 still created pictures that we requested:

happy 4th of july! as it seems, @Amalgalich90 (huge credits to him) made a client for dumb-arras! this is the alpha logo for when the client is done. 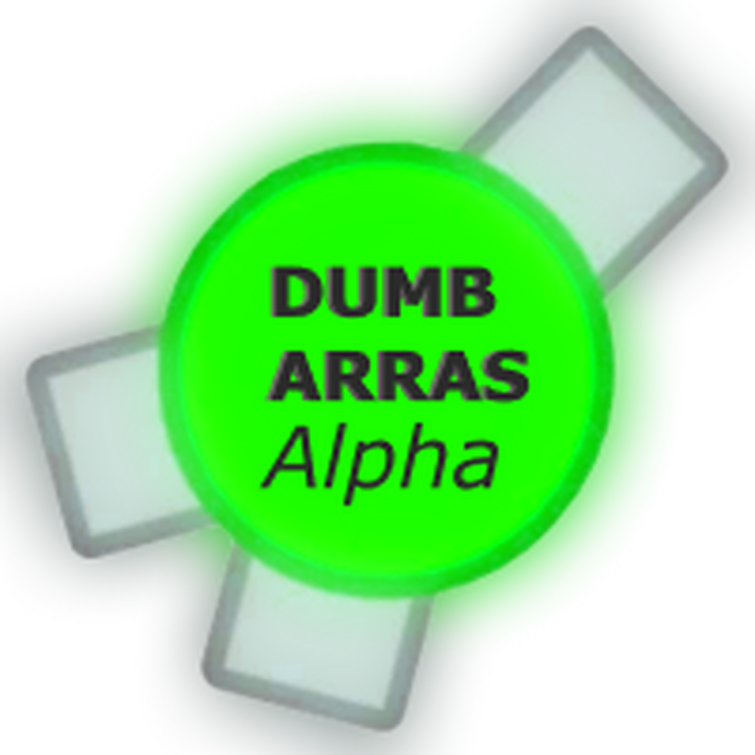 there is an unused version of the logo that is mainly gonna be used.

if some of you are wondering how i made the glow effect, i used paint.net. 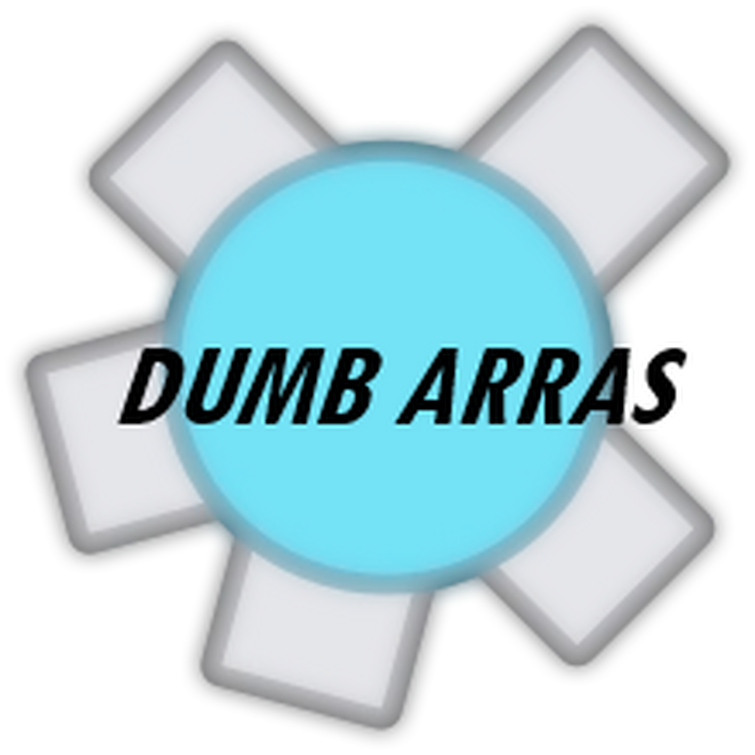 the client is still wip, and i will not give a link to it. 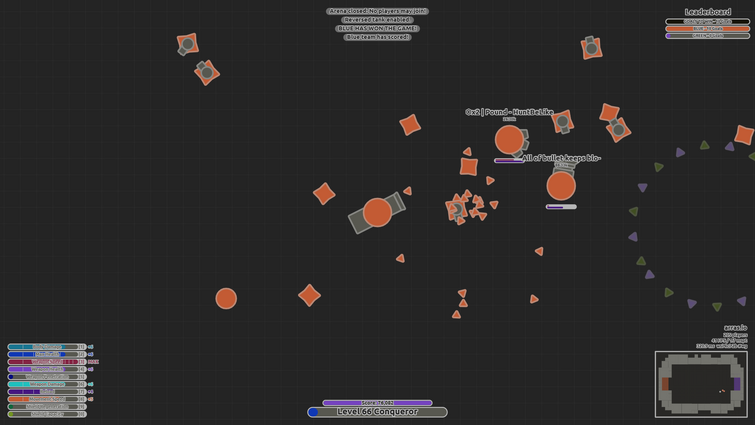 Beat and lose to me in a Swarmer Duel
Play as a tryhard and get at least 100K
Get 1st place and die to an invulnerable player
Use the worst tank for you with no upgrades
Score of 1m or higher with a screenshot in 1 night
Use the build,0/3/X/X/3/X/X/0/0/0 on Hybrid

Im very proud of it

Best For Hybrid and Annihilator in Arras.io

Can get a one-hit kill most of the time

Deals at least 1/2 health of a maxed out health Smasher branch class,especially Spikes 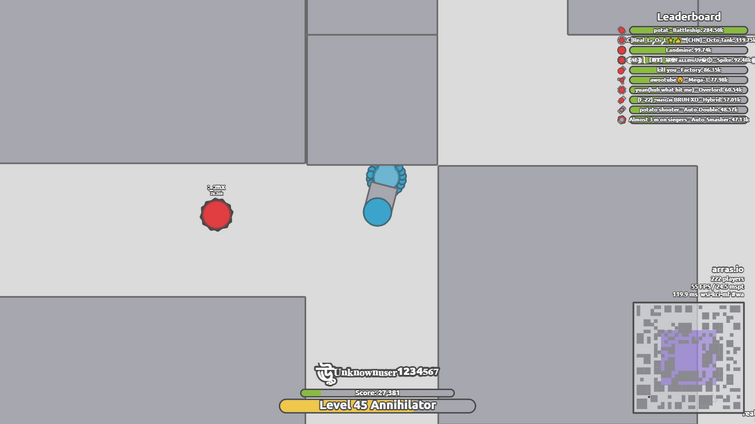 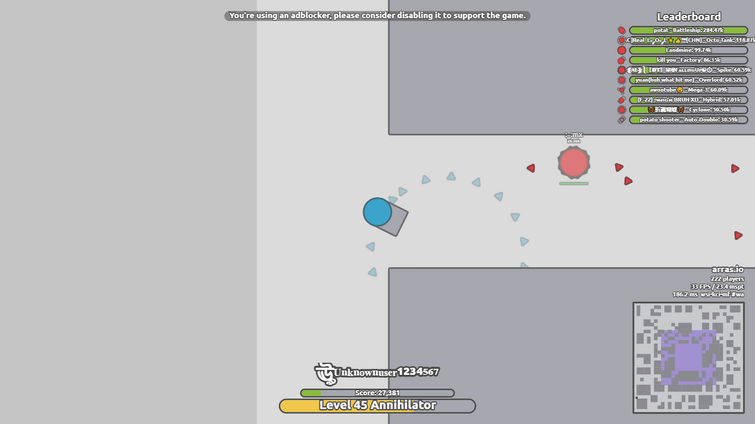 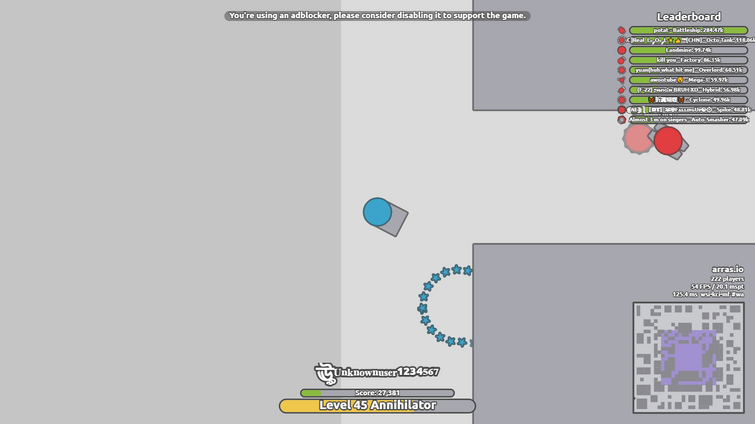 Finidng leitmotifs in Stage 4, Stage 5 and Stage 6 of "Everywhere At The End Of Time" be like:

You may suggest new things and/or balancing here.

Another thunderstorm starting Wednesday, but this time it lasts for like 2 weeks.

At least I survived a 1-week lasting one.

Me when Oca is the only other player in the map: