For the removed game mode, see Team Deathmatch.
For the gamemode with 2 teams, see 2 Teams.

4 Teams or Four Teams is a game mode in Diep.io, where players work in four opposing teams rather than fighting against each other. This game mode has regular XP gain and is one of the two versions of the expired Team Deathmatch game mode.

The player will spawn in either a blue, red, green (formerly brown), or purple corner. This determines their team, and they duke it out anywhere they want (the middle or Pentagon Nest is the most popular area). Players of one team cannot shoot into an opposing team’s Base, as enemy Bullets are instantly destroyed upon contact with it. Players also cannot enter any enemy team’s Base, as they will begin taking rapid and high damage bursts (if the Base Drones don’t get them first).

The players are divided into four teams, which are Red, Blue, Purple and Green (formerly Brown). Tanks of the same team can’t kill each other and can only kill tanks on enemy teams. If a tank on a player's team fires at their tank, the bullets will go through them. If a player on their team rams another player, that player will bump into the other unharmed.

The spawn areas are defended by Base Drones, small triangles (which are even smaller than Triangles and Drones) with a very large health pool which can chase down any player from the other team but will turn back at a certain point.

12 Base Drones will be together in the middle of the base (similar to the old TDM).

The Base Drones will not leave their team’s zone unless an opponent is within their proximity. They continue to seek until an opponent is out of their range. Although there are methods of evasion, the simplest of which the player can do is to run away until they are out of range from the Base Drones.

Before August 22nd, 2016, Base Drones didn’t target any bosses, but now they always target the Fallen ones and the Polygon-based ones if provoked. This usually leads to nobody actually killing the boss, instead saying “Boss Name was killed by an unnamed tank”, due to the Base Drones lacking an in-game name.

Arena Closers only appear on this map if any one of the following requirements is met: 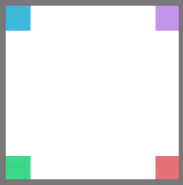 The map that is shown in the 4 Teams game mode. 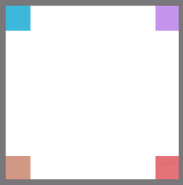