This article is for Arras.io Bosses. For the Diep.io equivalent, see Bosses.

The Bosses (aka Visitors) are AI-controlled large entities in Arras.io, that spawn randomly upon certain conditions. There are currently twenty one types of Bosses, five of them being the Elite Crashers, the second “group” (aka Strange Bosses) being the Rogue Palisade, Elite Skimmer, the Summoner and the Nest Keeper, five of them being the Celestials, three Rogue Celestials, one Eternal (Kronos), Ragnarok, and the last one being the Legionary Crasher. They are far stronger than regular tanks and award tens of thousands of XP, sometimes even hundreds of thousands, to the player(s) who deals the final blow upon defeat. Bosses can gain XP like other tanks and polygons, which allows the XP reward to grow much higher than their spawn score.

The Bosses usually have buffed stats, but some of them are nerfed. These are the Bosses’ stats compared with the Basic:

In Siege, some Bosses have slightly stronger stats.

The Bosses spawn at least 10 minutes after the previous Boss is defeated or the server starts; the spawning chance increases as time passes. If multiple spawn, they will always be different types/variants of bosses (there can’t be multiple of the same kind).

The most common type. They have pink triangular bodies, have four different types and they look like big Sentries or Crashers. They often spawn in Pentagon Nest outside of Siege.

This variant has a wide Cannon on each side called “Devastator Cannon”, and an Auto Turret which looks like the Triplet in the center, though the firing pattern is different from the Triplet’s. The Devastator Cannons’ Bullets are bigger and stronger than the Annihilator’s. Also, it spawns normal Crashers.

It is weak against bullet spammers that can nullify the boss’s Turret.

This variant has two Auto Turrets on its front sides. These turrets each have two Gunner cannons. The Gunner Cannons don’t do so much damage but have fast firing rate. This Elite Crasher also has a large launcher that shoots out Pillboxes, much like those used by the Engineer. There is also two short spikes that stick out on the Elite Crasher’s front, as well as another two on its back side.

It is weak against tanks with upgraded health to absorb damage from Pillboxes and tanks with high damage output such as the Destroyer.

This variant mainly uses bullets as it has two Sprayer Auto Turrets on both sides and has a Machine Triple Auto Turret in the middle.

This boss can be easily overpowered with a Destroyer-branch or with a team of bullet spammers.

This variant uses three Auto Turrets and nine Swarm Drone Spawners. The positioning of its weapons allows it to easily swarm tanks while also dealing damage with its auto turrets.

Teamwork is recommended to take out this Boss due to its multiple strengths.

This variant have 3 spawners (one on each side) and they each spawn sentries. This boss also have an auto turret which looks like a twin in the center and fires similar to it.

This boss is relatively easy to counter with nearly every tank due to its low defense and damage which also makes it the weakest and easiest boss to fight.

The Rogue Palisade has 6 Trap Launchers and 6 Minion Spawners and has a Hexagon body. While the Spawners spawn 12 minions, the spawn rate is sluggish therefore it usually doesn’t get the chance to spawn a lot of drones.

Beware when battling it as even though the drones don’t deal tons of damage, the amount of them and their health prevent you from directly attacking the Rogue Palisade. If you don’t pay attention to these drones, you will be dead in no time.

The Elite Skimmer has a triangular body with color of the Triangle, and has a Skimmer Turret on each side that shoots Hyper Missiles. These Hyper Missiles have four cannons arranged similarly to the Fighter but without the front cannon, and travel fairly fast while resisting high damage.

This Boss can easily catch tanks that aren’t careful with their movement, but is weak against larger groups of tanks, especially with more balanced stats or those of glass cannons that can steer clear of its Missiles and their bullets.

The Summoner features the Square-like body, and has a Necro Drone Spawner on each side, making it look like the Necromancer.

The drones deal minimal damage, but their large amount can quickly kill tanks, particularly if they cannot easily escape away from it. Some of the crowd-control tanks like Octo Tank or Penta Shot are effectively at minimalizing its threat, and may even quickly defeat it.

Teamwork is almost always needed to kill the tank. The drones which it spawns are very slow, but deal massive amounts of damage, so they must be kept an eye on to them. The Boomer Auto Turret however deals tons of damage and is much faster, as well as the boomerang projectiles being quite resistant on damage as well, making it difficult to damage the Nest Keeper if the turret is focused against the player.

The Celestial is a Boss known for being much stronger than most other Bosses. Majority of them spawns mainly as being part of Siege, but also has an extremely rare chance to spawn on other game modes. Most of them consist of three layers (with the notable exception being Ragnarok), with the bottommost nonagon-shaped layer always consisting of Trapper auto turrets.

Zaphkiel is the light red Celestial, using five Skimmer turrets for its topmost pentagon layer and seven Director drone spawners for its middle heptagon layer. The Skimmer missiles are similar to the Elite Skimmer’s, but smaller.

Theia is the yellow Celestial, using five hyper Twister turrets for its topmost pentagon layer and seven Summoner drone spawners for its middle heptagon layer. The Twister missiles have four cannons instead of two.

Nyx is the pink Celestial, using five Rocketeer turrets for its topmost pentagon layer and seven minion spawnerrs for its middle heptagon layer.

Rogue Celestials are generally weaker and smaller than regular Celestials they are the rarest bosses to spawn, given that it is the only bosses to spawn only outside siege. They cannot spawn in Siege, FFA, Maze, or Sandbox. They are colored the same as Rouge Palisades as well.

Alviss has five Launcher turrets for its top layer, Egg drone spawners on the middle layer, and Trapper auto turrets on its bottom layer.

Tyr has turrets similar to Elite Gunner’s on its top layer, Spawners on its middle layer, and Trapper auto turrets on its bottom layer.

Fiolnir has Beekeeper turrets on its top layer, Swarm Spawners on its middle layer, and Trapper auto turrets on the bottom. 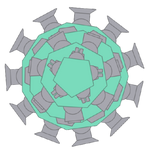 Ragnarok spawns exclusively in Siege as the final Boss of the game mode to be picked between Ragnarok and Kronos, as well as being tied with Kronos being the strongest of them all. It is notable for its extremely large size, as well as its body consisting of four layers instead of the usual three of the Celestials. Its topmost pentagon layer consist of five Gunner Cruiser turrets, which have two cannons and two Cruiser spawners, while the second topmost heptagon layer has seven unique cannons that fire Auto-Smasher-shaped projectiles. Its second bottommost nonagon layer has nine Gem-shaped drone spawners, and the bottommost hendecagon layer has eleven Trapper auto turrets. It has extremely high health and resistance to damage.

Kronos, just like Ragnarok, spawns exclusively in Siege as the final Boss of the game mode to be picked between Ragnarok and Kronos, as well as being tied with Ragnarok being the strongest of them all. It is notable for its extremely large size, as well as its body consisting of four layers instead of the usual three of the Celestials. Its topmost pentagon layer consist of five Triplet Style turrets, which have three cannons but with their middle cannons replaced with that of Machine Gun, while the second topmost heptagon layer has seven seven Carrier auto turrets that behave like the players. Its second bottommost nonagon layer has nine Skimmer-like auto turrets, with the shorter, overlapping cannon having wider opening often known as ‘Alpha Skimmer Missiles’, and the bottommost hendecagon layer has eleven Trapper auto turrets. It has extremely high health and resistance to damage.

The Legionary Crasher also spawns exclusively in Siege as the final boss of the game mode. The Legionary Crasher has 2 layers. The bottom layer has 3 sprayer turrets on the sides and 3 pillbox launchers. On the top layer, there are 3 Elite Gunner turrets on the corners and 6 spawners on the sides which do nothing. There are also spawners underneath the Sprayer turrets which spawn Elite Crashers. The Elite Crashers it spawns are larger than the usual elite crashers. The minions are referred to as Elite Legions in their kill notification (the only such notification that comes from a drone). Elite Legions are largely based on Elite Crashers. Other than by size, the Elite Legions also have some differences from regular Elite Crashers. The Machine legion is the counterpart to the old Elite Sprayer, with 3 machine (instead of sprayer) turrets. The Battleship variant has 2 turrets instead of 3, and the Gunner variant auto-spins like the older Elite Gunner.