Cannon (1)
The Swarmer is one of current Arras.io Tier 4 Tanks that may upgrade from the Launcher and it does not upgrade further. The upgrade key is I.

The Swarmer features a circular tank body as a base, like most tanks, with a large Cannon mounted at the front of the tank, comparable to the Destroyer or Pounder in size. Layered below the Cannon is an elongated trapezium that stops roughly before the Cannons endpoint. 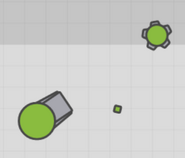 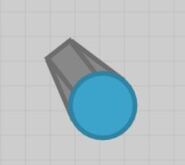 The Swarmer's design made in Fantasy Tank Builder.