This article is for the original Diep.io Factory. For the Arras.io equivalent, see Arras:Factory.

The Factory, formerly the Master, is a Tier 4 tank and one of the six current upgrade choices of the Overseer at Level 45. It can not upgrade any further. Upon upgrading, all Overseer Weapons are replaced with a custom Spawner. The tank may also spawn new players in team modes such as Domination and 4 Teams as a result of a past update.

The Factory features a square body with a Spawner mounted at the front. Moreover, all the spawned Drones present Barrels of their own. It is the second playable tank to have such a shape, the first being the Necromancer.

⬇
The Factory can control up to six Factory Drones, also called Minions. When not controlled by the player, the Drones will go after nearby entities, continually shooting very small Bullets (similar to those of the Gunner) at them.[1]

The Factory’s Drones present Barrels of their own from which they can shoot Bullets. Individual Drone Bullets do not deal much damage — relatively speaking, they are about 53% as strong as those of an Auto Turret. But the Factory makes up for it in numbers: when combined, the firepower of the 6 Drones’ Barrels is around 96% of that of a Basic Tank. Given equal builds, each Factory Drone will shoot as many Bullets as a Basic Tank of the same build, albeit with reduced range and Bullet Speed.

As Drones, the Factory’s weapons present increased durability when compared to other projectiles. Nevertheless, their bodies, being twice as strong as normal triangle Drones, move at around only half the speed in return. The Drones are released from the Factory’s Spawner at a fairly regular rate, equal to that of the Manager’s Drone spawn rate. When taking the Drone’s Durability into account, the firepower of the Drone Spawner alone is equal to that of the Overlord’s 4 spawners combined.

The Factory Drones present more complex behavior than other types of Drones. That is to say, they will move differently depending on their location with the cursor. Because of this, different drones may perform different actions all at the same time.

When using Left-Click, the Drones will move in various directions while aiming for the cursor’s position

Because of these mechanics — and unlike with the other branches of Overseer; the Factory’s Drones won’t just ram targets when clicking upon them. They can still be tricked into doing it by hovering one’s mouse past the target’s position (instead of above it), moving the blue orbit past the target’s location, and thus tricking the drones into trying to go past it. But they will otherwise just circle it whilst shooting projectiles.

When using Right-Click, the Drones will move in various directions while shooting away from the cursor

When not controlled by the player, the Factory’s Drones will go after nearby Polygons and Tanks, but once the player is damaged, they will target whatever damaged their Factory (if the aggressor is within their trigger range).

It is good to note that all Bullet Stat upgrades are instantly given to any spawned Drones as soon as they fire again. However, as with other Drone Classes, the Drones must re-spawn for their body stats to be updated.

For a more in-depth version of this section, see Factory/Strategy.

The Factory requires a lot of concentration and control. Its Drones are rather slow, but they are extremely durable. Because of this, the most effective way to use this tank may be as follows:

The strategy against this tank should consist mainly of moving with the drones and clicking ahead of the tank.

(Again, to keep the drones outside of the blue orbit). Predicting if the enemy will try to move sideways and correcting the drones aim appropriately.

Why does it work? 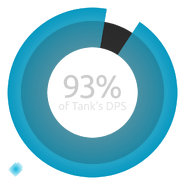 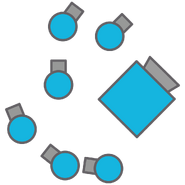 The Factory’s Drones when idle. 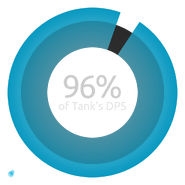 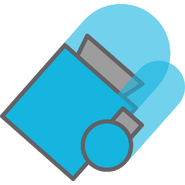 Factory’s Speed visualized.
Note that the drones move at a similar speed to that of the Factory. 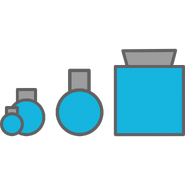 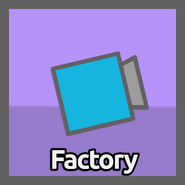 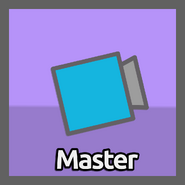 Before it was renamed 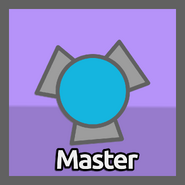 And its old appearance.
With 3 Drone spawners spaced out evenly in a 120° degree angle around the tank. 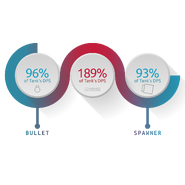 a factory spawning a player