This article is for the original Diep.io Mega Trapper. For the Arras.io equivalent, see Arras:Constructor.

The Mega Trapper is one of the five Upgrade choices of the Trapper that are available at Level 45. It was added on July 18th, 2016, and was named later that day. It does not further upgrade.

As the Mega Trapper

Against the Mega Trapper 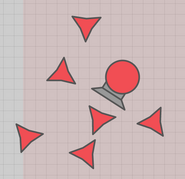 A Mega Trapper and its Traps

A Mega Trapper fighting with a Spike in Sandbox 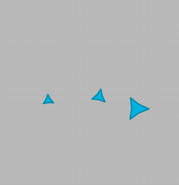 A Mega Trapper defending in 2 Teams
Add a photo to this gallery
Tanks (Diep.io)
Retrieved from "https://diepio.fandom.com/wiki/Mega_Trapper?oldid=475745"
Community content is available under CC-BY-SA unless otherwise noted.