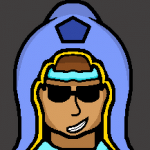 WELCOME TO MY MESSAGE WALL

I AM CURRENTLY GUARDIAN Y. ASK ME ANYTHING BUT DON'T SPAM MY MESSAGE WALL WITH ART REQUESTS (UNLESS IT'S FOR WIKIA STUFF)

HAVE A GOOD DAY