This article is for the original Diep.io Penta Shot. For the Arras.io equivalent, see Arras:Penta Shot.

The Penta Shot is a Tier 4 tank and is one of the three current Level 45 Upgrades of the Triple Shot. It has five Cannons layered on top of one another. It shoots five Bullets in a 45 degree spread from the front cannon, making a large wave of bullets. It cannot further upgrade, as it is at the end of its upgrade line.

⬆⬆
The Penta Shot has five cannons instead of the Triple Shot's 3, and like its predecessor, they fire simultaneously. Unlike its predecessor, its Bullet Damage is decreased by approximately 21.43%. It boasts significant recoil while firing, and is only outmached in that department by the Tri-Angle branch, Destroyer, Hybrid and Annihilator.

As the Penta Shot

Against the Penta Shot 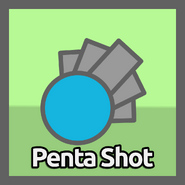 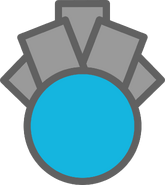 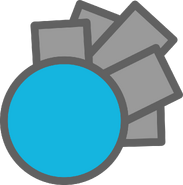 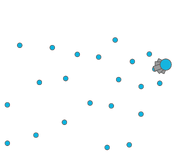 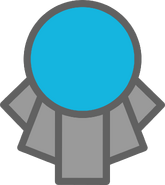 Isolated design of the Penta Shot

A Penta Shot shooting some Pentagons.