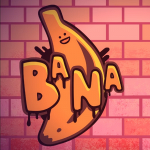 Hey there, & welcome to my user page. I'm a retired Senior Administrator of this wiki. Feel free to contact me if necessary, but you would be better off messaging one my my successors, JustLeafy or GellyPop. 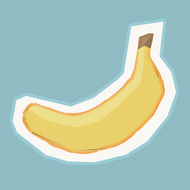 I’m a councilor and expert in wikitext/css, & am fluent in English with basic knowledge of Mandarin. I’m inactive at present, but feel free to direct any questions to my talk page or message wall, either here or on my test wiki.

If you’re curious about my username, it’s essentially just a combination of “Banana” (a fun fruit which I decided to use as my icon) and Futurama (an excellent animated show). References to 80s pop groups are coincidental.

Some stuff about me

species: Musa acuminata
origin: a banana tree in a banana farm
which way to eat me: like this of course
music i like: '80s, aussie & alternative rock, meme music of the 2000s (unironically), some folk music
games i like: not that much in particular, but irreverent & inventive games like world of goo and tabs have appealed to me, also, this was the game of my childhood
interests: math + physics, technology, engineering, politics, memes, satirical combinations of those


Full bio
I started out at the Clash of Clans Wiki in Fall 2015 with a few contributions here and there, but I really started editing regularly in Spring 2016 at the Clash Royale Wiki where I had a genuine interest in the game and a desire to help out the new community. With hundreds of edits every week and good moderation/editing skills, I soon became a rollback in August 2016 and an admin in December 2016.


Meanwhile, in Summer 2016, I joined the Diep.io Wiki after discovering the brand new game of diep.io and finding that there was a wiki about it, but a ramshackle one in dire need of help. What happened next was an absolute whirlstorm. By August, I became a rollback. By September, a discussion moderator. I was patiently waiting to satisfy tenure requirements for becoming a content moderator when bada bing, bada boom, in November 2016 the head bureaucrat Ursuul (who joined in September but wowed his way to becoming co-leader with his moderate competence at code, mature but innovative wiki management, and satisfaction of ToS age requirements) got tired of managing 13-year-olds and demoted everyone including himself except for six relatively unexperienced people he immediately promoted to admin…

Cue immediate drama as everyone fights, there is literally no leadership, and a sociopath or two enters the fray and several flame wars start over the questionable Staff Purge and other questionable events and my notifications are overloaded with people calling me Satan incarnate while I am trying to enjoy Thanksgiving with family :(

Luckily, after just over 3 weeks Ursuul realized how screwed everyone was without him, and he returned to save everyone from inevitable doom. As a part of this, he began culling incompetent staff members, but this time gradually and more carefully over a few weeks. In December 2016, Ursuul-senpai finally deeming me “not a mewling incompetent child,” I was finally promoted to content moderator, and only two weeks later, I became an administrator — something I hardly even dreamed of achieving and certainly didn’t expect to reach as staff members were being dragged out and summarily Purged periodically. Well, it’s something.

After the return of Ursuul and reinstatement of order, a long year of quiet progress followed as the wiki improved while the game it was about faded from the limelight. To satisfy my hunger for dumpster fire wikis, I turned to the Mope.io Wiki, a wiki filled with not enough competent users and too many users of questionable legal status on Fandom, in January 2017 and was elected sole bureaucrat in April 2017. I was excited to finally become the head of a wiki, but soon I found out directing rowdy underage users who could barely express their thoughts in sentences wasn’t exactly an enviable job :\ :\

In another side pursuit, I became an administrator on the Totally Accurate Battle Simulator Wiki in April 2017, helping to restyle the wiki and improving categorization and templates. Unfortunately, as the hype train for the game died down I lost my motivation and grew inactive, yet I had a fun time helping out others with code and dEsTrOyInG a bureaucrat with fAcTs aND lOGiC after I was blocked.

Over Summer 2017, I finally applied to Community Council in order to make my voice heard in giving feedback about upcoming Fandom features, and was accepted in June 2017. Soon after in July 2017, I finally changed my name from SuperRobot9338 (I chose it five years ago because I had no idea what to use) to my current name of Banarama, a long overdue change to be honest.

Back at the Diep.io Wiki, things were going well in 2017. Despite the game itself becoming more inactive, the wiki was improved with major projects, a rework of staff rights, and a new theme (that was largely designed by me). In the summer, the wiki finally merged with its estranged fanon counterpart to bring in many new and active users and a vibrant community to keep the wiki going even as the game grew staler, and in the fall and winter expanded to cover the fan-made sequel Arras.io. In April 2018, after 1 year and four months of being an administrator, I was finally elected to replace Zathsu as a Bureaucrat leading the wiki alongside Ursuul.

Over this long and quiet period, I expanded once more into a plethora of wikis. Returning to my first major home wiki at the Clash Royale Wiki, I restarted an old project begun in June 2017 but back-burnered for almost a year — the Card Overviews project, an ambitious project to summarize every single card in Clash Royale. With a public announcement, I restarted the project in February 2018 to massive success. In a few months, all cards had been documented with the help of many fellow editors who answered the call for help! The project is ongoing to this day, with a tireless group of dedicated editors who ensure that the page is kept up to date with every new update.

Over Summer 2018, I occupied myself with several stylesheets on the Dev Wiki in addition to managing the Diep.io Wiki and editing on the Clash Royale Wiki, most notably BlendGlobalNav and FandomizedMasthead. These were fun little side projects, small attempts at making corners of Fandom just a bit prettier.

Also in Summer 2018, I joined the Surviv.io Wiki, another brand new wiki I wanted to help out. I became an administrator in August 2018, and a bureaucrat in October 2018. Over there, I focus mainly on improving the styling and codebase, polishing the wiki behind the scenes.

In December 2018, a great milestone for the Diep.io Wiki occurred as it Anschlussed the Official Diep.io Wiki on Gamepedia, gaining its official status in the process. This was done as an olive branch and test case per the suggestion of Diep.io Wiki leaders following Fandom’s acquisition of Curse, which operates Gamepedia — almost a Christmas miracle in its improbability, fulfilling the greatest wish of the Diep.io Wiki community for years by complete coincidence. Though activity had been somewhat sluggish recently, the news was an overjoying surprise to everyone and seemed to be the culmination of all our efforts on the wiki over the years.

Sadly, at midnight on New Year’s Day, I became the sole leader of the Diep.io Wiki with Ursuul’s retirement. Ursuul had finally completed what he set out to do — make the wiki the most complete, most active, and finally legitimate hub for Diep.io (and its new fan-made sequel Arras.io) information! With that, he left on much happier terms than he did over two years ago, leaving me in charge. I’ve had big shoes to fill, and with activity slowing down the wiki’s not as fast-paced as it once was, but leading the wiki over the past year has been exciting & successful.

Over 2019, I worked on a number of projects across Fandom. I did some CSS work for the Brawl Stars Wiki early in the year, and starting November (well technically, in April but I gave up for a while at first) I returned to the Totally Accurate Battle Simulator Wiki after getting the full game on Steam to revamp the CSS styling & clean up the wiki in general — a process that took months to complete the bulk of and that is still ongoing. I also made a new skin for PortableCSSPad!

Through the second half of 2019 on the Diep.io Wiki, I helped lead efforts to improve coverage of the fan-made sequel to Diep.io, Arras.io, a massively more complex game with hundreds of more classes & features to document, including the heavily customized Woomy server co-developed by our own Fillygroove.

As 2020 began, I lost motivation to work on my existing wikis and started to move on to other projects, with a major wave of resignations accordingly. I continue to act in an advisory role on those wikis, however, and may return to broad activity on Fandom in the future.

What'd I even do here?

Contributions: Designed the CSS theme for the wiki, redesigned the main page, drew some art (including the current wiki icon), made {{BaseStats}} and some other templates, probably more things if I can remember them

History: I came here in summer 2016. I was elected to a staff position, then a democratic council, then was fired from the staff in November when Ursuul quit and gave up on democracy and the dumb 12-year-old staff members. Soon after, he changed his mind and gave me admin. And thus, we all lived happily ever after with me arguing with Ursuul every single day while spending time making the wiki look nice! But I got bored a few years later and now I'm retired. Bai~

Retrieved from "https://diepio.fandom.com/wiki/User:Banarama?oldid=468178"
Community content is available under CC-BY-SA unless otherwise noted.