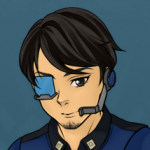 Hello there. I like to clog up recent changes with my edits. Number of times this has happened so far: Too many times to count.

Despite what my username suggests, it does not involve Pokemon. It's a portmanteau of "Diep.io" and "Monday."

Current status: The Extended Tale of Diep is now officially retired. I will not be returning to the project, as while the process has been fun, it's time to move on for me. Editing of all EToD pages is strictly forbidden except by those mentioned on the EToD's main page.

I usually play under the name "Tank You!", "LB Hunter", "LORDE SASSAFREXEN", or just my username. My Diep record is 406k with Spike in 2 Teams (2 1/2 hours), my highest overall score and score/time ratio combined is 348k in 40 minutes with Spike in FFA. My 4 Teams record is 181k with Skimmer. In Arras, my record is 446k with Ram Booster.

Listed below are my scores with level 45 tanks.

Retrieved from "https://diepio.fandom.com/wiki/User:Diepmon?oldid=461298"
Community content is available under CC-BY-SA unless otherwise noted.