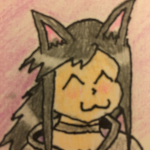 Hello. I am your average wiki goer with the special power of having high tolerance of anybody on the internet (surprising, I know). Creator of The Tale of Diep, and manager of Conception Tournaments. If you have any questions, ask. I stand around and look cute... :3

Retrieved from "https://diepio.fandom.com/wiki/User:Zathsu?oldid=441498"
Community content is available under CC-BY-SA unless otherwise noted.